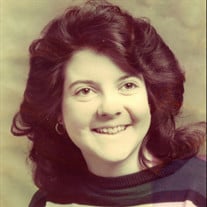 Anna Lee (Pfeifer) Hyman was born on October 30, 1957, in Salem, Missouri to Lowell "Dutch" and Betty Lee (Sturdevant) Pfeifer and passed away September 16, 2019, in Rolla, Missouri at the age of sixty-one years. Anna grew up on the Family Farm in Salem, Missouri. She attended Salem High School and graduated with the Class of 1975. On February 25, 1978, in Alton, Illinois, Anna married her sweetheart, Dave Joe Hyman and together they shared forty-one years of marriage and were blessed with one son: Jody. Anna was an inspiration to all. She was very creative and loved to express herself through art. She loved to paint, draw and enjoyed making flower arrangements. Anna also had a way with words. She wrote several poems and used them to bring joy to others. She was a blessing. She had a caring heart and always put others first. Most of all, Anna's greatest joy was her family. She loved to spend time with them and was proud of their accomplishments. Preceding her in death, were her father: Lowell "Dutch" Edward Pfeifer; brother: Kenneth Pfeifer; father-in-law: Everett Allen Hyman Anna is survived by her loving husband: Dave Hyman of Salem, MO; son: Jody Hyman and wife Kristie of Winfield, MO; two grandchildren: Dakota and Kara Hyman; mother: Betty Pfeifer of Salem, MO; two brothers: James Pfeifer and wife Pat of Salem, MO and Rick Pfeifer and wife Angie of Salem, MO; two sisters: Grace Gott of Salem, MO and Earline Hinkle of Salem, MO; special nephews: Wesley Pfeifer and wife Mary, Steven Pfeifer, Nathan Pfeifer, Ethan Pfeifer, and James Pfeifer; special niece: Bethany Pfeifer; mother-in-law: Leona Hyman of Salem, MO; other relatives and friends. Anna was an amazing wife, a loving mother and a wonderful grandmother. She will be greatly missed by all who knew her. Funeral Service for Anna Lee (Pfeifer) Hyman was held Thursday, September 19, 2019, in the Wilson Mortuary Salem Chapel with Pastor Clint Massey officiating. Special music was provided by Rick Pfeifer and her loving nieces as well as Clint Massey. Serving as Pallbearers were Jody Hyman, Dakota Hyman, Wes Pfeifer, Steven Pfeifer, Nathan Pfeifer, and Ethan Pfeifer. Honorary Pallbearers were Rick Pfeifer and Dan Sturdevant. Burial was in the Morrison Cemetery. All arrangements were under the direction of Wilson Mortuary of Salem, Missouri.

Anna Lee (Pfeifer) Hyman was born on October 30, 1957, in Salem, Missouri to Lowell "Dutch" and Betty Lee (Sturdevant) Pfeifer and passed away September 16, 2019, in Rolla, Missouri at the age of sixty-one years. Anna grew up on the... View Obituary & Service Information

The family of Anna Lee (Pfeifer) Hyman created this Life Tributes page to make it easy to share your memories.

Send flowers to the Hyman family.