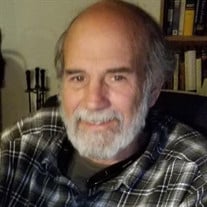 Arthur Lee Connor was born on April 13, 1961 in Grand Junction, Colorado. One of seven children born to Donald Lee and Henrietta (Brodak) Connor. Art grew up in Grand Junction where he enjoyed spending time with his grandparents, fishing, and riding horses all over the valley. In 1979, Art enlisted into the United States Army where he served his country faithfully until his retirement after twenty years of dedication. During his time in the military, he traveled around the world, and for his honorable service earned many decorations, medals, badges, ribbons, and awards. Art met his soulmate, Joyce Lee Shipman, at church while stationed in Texas. After being friends for two years, they chose to spend their lives together, were united in marriage on August 7, 1999, and enjoyed over twenty-two years of togetherness. Their love and commitment to each other was evident to those around them. Art and Joyce were blessed to share four children: Art Jr., Jessica, Jeremy, and John. After retirement, his endless love of learning led him to further his education with the University of Oklahoma where he obtained his Master of Arts in International Relations. He then obtained his Master Degree in Religion with Liberty University and was currently working on his Doctorate. Art had a very devoted commitment to his family and providing for them. He was a Certified Professional Inspector and owner/operator of Ozark Property Inspection Services. His passion for helping others directed him to become a substitute teacher with the Laquey School District. Art was loved and admired by the students and always showed respect and kindness. His genuine love and care for children led him and Joyce to becoming foster parents for the past four years. Art served as a PRN Chaplain with Lebanon Mercy Hospital. He put Christian principles into practice in every area of his life and blessed those around him in innumerable ways. Art always had an active presence in church, he was ordained as a deacon by Memorial Baptist Church in Texas and most recently was serving at Faith Baptist Church. He was a previous member of Berean Baptist and filled the pulpit at several churches to include Honey Springs Baptist for two years. Art started each morning reading and studying the Bible followed by watching the world news and keeping up with current affairs. He was an avid outdoorsman, he found peace in what nature provided and loved to hunt and fish. Art would do anything for anyone, his character and commitment to the Lord allowed him to serve through the Southern Baptist Disaster Relief chainsaw crew and flood recovery. Art loved his family deeply devoting most of his time showing them by example the Savior who loves them and instilling in them strong family values. He valued spending time with his grandchildren and watching them grow. Art also loved and adored caring for the foster children that entered his home. Art entered into eternal rest on May 25, 2022 at the age of sixty-one years. He is remembered and honored by his loving wife, Joyce Connor of Waynesville, MO; son: Art Connor Jr. of Chesterfield, MI; daughter: Jessica Cordova of San Antonio, TX, sons: Jeremy Standage and wife Dana of Copperas Cove, TX and John Pond and wife Jessica of Janesville, CA; siblings: Vicki Dussor and husband Ted of Grand Junction, CO, Nola Daily of Grand Junction, CO, Terri Nordrum and husband Ike of Grantsburg, WI, Bridget Story and husband Anton of Clifton, CO, Donna Moore of Oak Harbor, Washington, Christina Connor-DeCrow and husband Clyde of Clifton, CO and Donald Connor Jr. of Grand Junction, CO; eleven grandchildren as well as a host of nieces, nephews, in-laws, other relatives, and dear friends. He is also a beloved Poppy to Addie, Rainey and William. Preceding him in death were his parents: Donald and Henrietta Connor. Art leaves behind a great legacy filled with love, joy, peace, faithfulness, goodness, gentleness, patience, self-control and kindness. He was a phenomenal man of God, great mentor, and impacted the lives of many. Art will truly be missed but his legacy will live on in those who loved him most. Psalm 116:15 Precious in the sight of the Lord is the death of His godly ones. Funeral Services for Arthur Lee Connor were held Tuesday, May 31, 2022 at Faith Baptist Church in Waynesville, Missouri with Pastor Danny Graves officiating. Song selections played were “If You Only Knew”, “Jesus Loves Me”, and “I Can Only Imagine”. Serving as Pallbearers were Travis Shipman, Bud Shipman, Nick Grassi, Richard Wright, Jeremy Standage, Art Connor Jr., and John Pond. Honorary Pallbearers were Donald Shipman, Steve Shipman, O.J. Shipman, and Ronnie Shipman. Burial with Military Honors was in the Missouri Veterans Cemetery Waynesville, Missouri. Arrangements were under the direction of Wilson Mortuary of Salem, Missouri. In lieu of flowers, Memorial Contributions may be made in memory of Art Connor to the St. Jude Children’s Hospital and left with Wilson Mortuary or Faith Baptist. Online condolences may be entered at www.wilsonmortuary.com

Arthur Lee Connor was born on April 13, 1961 in Grand Junction, Colorado. One of seven children born to Donald Lee and Henrietta (Brodak) Connor. Art grew up in Grand Junction where he enjoyed spending time with his grandparents, fishing, and... View Obituary & Service Information

The family of Arthur "Art" Lee Connor created this Life Tributes page to make it easy to share your memories.

Send flowers to the Connor family.