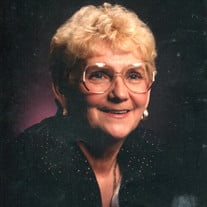 Beulah Estalee (Warren) Pankey was born on October 30, 1936, to Laurel and Sylvia (Light) Warren in Rector, Missouri and departed this life on July 13, 2021 at the Salem Care Center in Salem, Missouri at the age of eighty-four years. Beulah grew up on Big Creek with her brothers and attended school in Rector. She was united in marriage to Charles Edward Pankey on April 30, 1956, in Salem and together they shared thirty-two years of memories before his passing in 1988. Beulah and Charles were blessed with eight children: Mike, Charlynn, Mark, Teresa, Melissa, Lisa, Matthew, and Marty. Beulah had a strong work ethic and was proud to provide for her family. She was employed with International Shoe Factory before going to work at the Walnut Bowl as a cook for several years. She then spent many years doing custodial work for the Forest Service and also cleaned the Dent County Fire Station. Beulah enjoyed volunteering at the Shepherd's Nook. Most important to her was her family and she considered them to be her greatest achievement in life. Beulah was a very loving and caring mother, grandmother, and great-grandmother, she treasured her time spent with them. Beulah loved being in the great outdoors, she always looked forward to camping trips at Twin Rocks and going canoeing. Beulah enjoyed growing big gardens and gathering the fresh vegetables. She loved music, dancing, and barbequing; whether in sunshine or rain. Beulah attended Shannondale Community Church. Beulah leaves behind to cherish her memories, her loving children: Mike Pankey of Salem, MO, Charlynn Hamrick of Salem, MO, Charles Mark Pankey of Salem, MO, Teresa Pankey of Salem, MO, Lisa Myers and husband Don of Versailles, MO, Matthew Pankey and wife Heather of St. Robert, MO, Marty Pankey of St. James, MO; fourteen grandchildren; eighteen great-grandchildren as well as a host of nieces, nephews, extended family and friends. Preceding her in death, her husband: Charles Edward Pankey; parents: Laurel and Sylvia (Light) Warren; daughter: Melissa Purcell; great-grandchild: T.J. Watson; brothers: Robert, Utah, Jack, Gary, and Danny Warren. Beulah was a very independent woman who was devoted to her family. She leaves behind a legacy of love and will be dearly missed by all who knew and loved her. Funeral Services for Beulah Estalee (Warren) Pankey were held Saturday, July 17, 2021 in the Wilson Mortuary Salem Chapel with Pastor Jim Privett officiating. Song selections played were “If I Can Only Fly”, “Go Rest High On That Mountain”, “Amazing Grace”, “How Great Thou Art”, and “Just Breathe”. Serving as Pallbearers were Larry Light, Carl Warren, Curtis Warren, Laurel Warren, John Warren, and Bobby Cole. Honorary Pallbearers were C.J. Rotar, Martin Habecker IV, Russell Habecker, Corey Emeott, Sheldon Cole, and James Counts. Burial was in the Pilgrims Rest Cemetery. Arrangements were under the direction of Wilson Mortuary of Salem, Missouri. Online Condolences may be entered at www.wilsonmortuary.com

Beulah Estalee (Warren) Pankey was born on October 30, 1936, to Laurel and Sylvia (Light) Warren in Rector, Missouri and departed this life on July 13, 2021 at the Salem Care Center in Salem, Missouri at the age of eighty-four years. Beulah... View Obituary & Service Information

The family of Beulah Estalee (Warren) Pankey created this Life Tributes page to make it easy to share your memories.

Send flowers to the Pankey family.