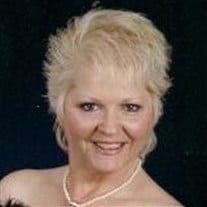 Beverley Joan Burke was born September 19, 1949 in St. Louis, Missouri to Franklin and Mary (Holland) Guess and passed away June 10, 2018 in Salem, Missouri at the age of sixty-eight years. Beverley worked many years as an EMT; she was a... View Obituary & Service Information

The family of Beverley Joan Burke created this Life Tributes page to make it easy to share your memories.

Send flowers to the Burke family.