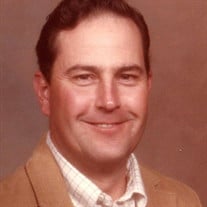 Darrel Guy Grogan was born February 15, 1938 in Dent County, Missouri to Jeffie and Lizzie (Pewitt) Grogan. He grew up in Salem and attended Salem High School. After high school, Darrel enlisted into the Army National Guard and served his country faithfully until his honorable discharge. Darrel was united in marriage August 30, 1957 to the love of his life, Lorene Frances Gray at the home of his parents. Darrel and Lorene shared forty-five years of memories together before her passing March 12, 2003. They were blessed with two children: Dwain and Elaine. Darrel and Lorene built a home in 1964 on a portion of the forty acres of land that Darrel’s great-grandfather homesteaded. Several years later they bought the land that Darrel grew up on just down the road. Darrel was an electrician for AMAX Lead Company, the City of Salem Electric Department (where he served as Superintendent from 1974-1977), Doe Run, and Chrysler Corporation in Fenton, Missouri where he retired from in December 2002. Darrel enjoyed brush cutting and spraying with his John Deer tractor, Cardinals baseball, and putting out a garden for Lorene to can her vegetables. In his younger years, he also enjoyed hunting and fishing. Darrel was a car enthusiast, especially fond of muscle and classic cars, and his 1970 Chevelle. Darrel was a life-long member of Dry Fork Baptist Church where he was ordained a Deacon on November 15, 1959. Darrel was the song leader and attended faithfully as long as his health allowed. He enjoyed reading his Bible and was interested in Bible Prophecy. Darrel departed this life January 8, 2022 with his loving family by his side in Salem, Missouri at the age of eighty-three years. He leaves behind to cherish his memory, son: Dwain Grogan and wife Susan of Ozark, MO; daughter: Elaine Hagler and husband Don of Salem, MO; grandsons: Justin Hagler and wife Marisa of Columbia, MO, Bret Hagler and wife Kate of Edmond, OK, and Matthew Grogan of Ozark, MO; great-granddaughter: Keelee Hagler; sister-in-law: Alice Grogan; as well as a host of nieces, nephews, cousins, other relatives, and dear friends. Preceding him in death, wife: Lorene Grogan; parents: Jeffie and Lizzie Grogan; and brother: Bernard Grogan. Darrel was a great man and leaves behind a legacy of faith, love, devotion, and care. He will be forever missed but not forgotten. Funeral Services for Darrel Guy Grogan were held Friday, January 14, 2022 in the Wilson Mortuary Salem Chapel with Pastor Joe Hubbs officiating. Song selections played were “What A Day That Will Be” and “If You Could See Me Know”. Serving as Pallbearers were Bret Hagler, Justin Hagler, Larry Schafer, Mark Sisco, David Gray Jr., and Matthew Grogan. Burial was in the Dry Fork Cemetery. Arrangements were under the direction of Wilson Mortuary of Salem, Missouri. Memorial Contributions may be made in memory of Darrel Grogan to the Dry Fork Church or Dry Fork Cemetery and left at Wilson Mortuary. Online condolences may be entered at wilsonmortuary.com

The family of Darrel Guy Grogan created this Life Tributes page to make it easy to share your memories.

Send flowers to the Grogan family.