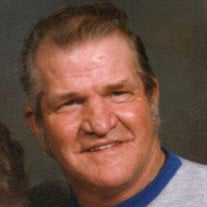 David “Buddy” Ray Land was born November 10, 1937 in Turtle, Missouri to Benjamin “Ben” Harrison and Effie Leora (Pyatt) Land and departed this life December 25, 2021 in Salem, Missouri at the age of eighty-four years. Buddy grew up in Lenox, Missouri and at a young age met the love of his life, Barbara Ann Wells. They were united in marriage January 4, 1958 at the home of Walter Jenkins in Salem, Missouri and shared sixty-three years of memories together before her passing January 2, 2021. Buddy and Barbara were blessed with two children: Timothy and Annette. Buddy was a hard worker and began his working career in St. Louis, Missouri as a roofer. In 1965, Buddy started Land Roofing Co. in Salem, Missouri and took great pride in the skilled work that he completed. After many dedicated years, Buddy retired and sold his business. Buddy enjoyed time outdoors, whether he was in the woods hunting, at the river trout fishing, or in the field watching his cattle. He had a passion for horses, loved racing them, and bred and raised quarter horses. In his younger years, he was a member of the Salem Saddle Club. Buddy and Barbara loved riding the trails and camping at Cross Country Trail Rides. Buddy was gifted with a talented voice and sung in a country band for fun. His family was important to him and he cherished the time spent with them, especially with his grandchildren and great-grandchildren. Buddy leaves behind to cherish his memory, son: Tim Land and wife Paula of Salem, MO; daughter: Annette Vest and husband Terry of Salem, MO; grandchildren: Amber Yates and husband Miles, Britney Christesen and husband Phil, Shauna Camden and husband Klay, and Briana Thompson and husband Matt; great-grandchildren: Harley, Ella, Sawyer, Emeri, Parker, Drew, Will, Luke, and Cora; as well as a host of nieces, nephews, cousins, other relatives, and dear friends. Preceding him in death, his loving wife: Barbara Ann Land; parents: Ben and Effie Land; and his siblings. Buddy was a man of faith and leaves behind a legacy of love and devotion. He will be deeply missed by all who knew and loved him. Funeral Services for David “Buddy” Ray Land were held Wednesday, December 29, 2021 in the Wilson Mortuary Salem Chapel with Pastor Lyndell Decker officiating. Song Selections played were “Go Rest High On That Mountain” and “When I Get Where I’m Going”. Serving as Pallbearers were Terry Vest, Miles Yates, Klay Camden, Jon Woods, Darrell Fisk, and Chet Yost. Burial was in the Mt. Hermon Cemetery. Arrangements were under the direction of Wilson Mortuary of Salem, Missouri. Online condolences may be entered at wilsonmortuary.com

The family of David "Buddy" Ray Land created this Life Tributes page to make it easy to share your memories.