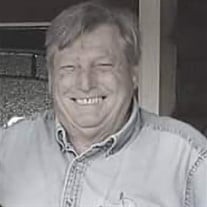 Gerald “Jerry” Akers was born on October 13, 1946, in Allenton, Missouri to James Franklin and Edna Irene (Farrar) Akers. Jerry grew up in Old Town Allenton, Missouri, and graduated from Eureka High School. At the age of seventeen, he entered the United States Army and served his country faithfully until his honorable discharge. Jerry was united in marriage to the love of his life, Patsy “Pat” Hodges on September 11, 1965, and shared fifty-six years of laughter and memories. Jerry and Pat were blessed with twins: Jessica and Josh. Jerry worked hard to provide for his family, he started his working career in the construction field in 1968 and took great pride in his work until his retirement. In his younger years, Jerry enjoyed fishing and hunting. He liked playing online poker and loved classic cars and attending car shows. Most important to him was being “Pa” and making memories with his granddaughter, Jadelyn. Jerry had a big heart and contagious smile. His faith in God was evident in his concern for others. Jerry was an active member of Dry Fork Baptist Church and served as a Deacon. Jerry departed this life on April 11, 2022, surrounded by his loving family at his home in Salem, Missouri at the age of seventy-five years. He leaves behind to cherish his memory, his loving wife Pat Akers of Salem, MO; two children: Jessica Akers of Salem, MO and Josh Akers of Salem, MO; three sisters: Erma Cooper of Pacific, MO, Dixie Otteson of Texas, and Joan Bourn and husband Jim of Texas; one brother: Larry Akers and wife Ruth of DeSoto, MO; brother-in-law: Sam Hodges and wife Janet of Salem, MO; one granddaughter: Jadelyn Woolf; as well as a host of nieces, nephews, cousins, other relatives, and dear friends. Preceding him in death, his parents: James and Edna Akers and eight siblings. Jerry leaves behind a great legacy for his family. He will be forever missed by those who loved him most. Graveside Services for Gerald “Jerry” Akers were held Thursday, April 14, 2022 in the Jadwin Cemetery with Pastor Chris Hendrix officiating. Serving as Pallbearers were Josh Akers, Jim Ray, Sam Hodges, Jerry Duncan, David McDonald, and Larry Akers. Military Honors was provided by the Missouri Honors Team and American Legion Post 99. Arrangements were under the direction of Wilson Mortuary of Salem, Missouri. Memorial Contributions may be made in memory of Jerry Akers to the American Cancer Society and left at Wilson Mortuary. Online Condolences may be entered at www.wilsonmortuary.com

The family of Gerald "Jerry" Akers created this Life Tributes page to make it easy to share your memories.

Send flowers to the Akers family.