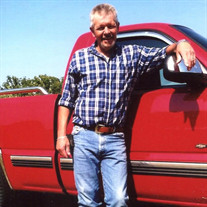 James Steven Cannon was born on August 5, 1959, in Chico, California to James and Carole (Inman) Cannon and passed away on December 7, 2020 surrounded by his loving family at home in Salem, Missouri at the age of sixty-one years. Steve grew up in Salem and graduated from Salem High School. He entered the United States Army National Guard in 1978 and served his country faithfully until his honorable discharge in 1985. For his honorable service, Steve earned many decorations, medals, badges, ribbons, and rewards. Steve was united in marriage to his sweetheart, Pam Crouch on August 25, 2006 and together shared fourteen years of memories. Steve was blessed with two children, Erik and Sarah and blessed to share a son, Wade. Steve was a talented carpenter and very hard worker. He used his gift to build homes for numerous family members, as well as numerous years as a union carpenter in St. Louis, Missouri. Steve shared his talent and his time generously; always willing to lend a hand. He believed in working hard and doing things the right way, all the while ensuring he was having fun along the way. If you ever called for help, he was always there. Steve was an avid outdoorsman and adventure lover. He had a great knack for horsemanship and broke many horses throughout his life. Steve enjoyed spending time in the woods hunting, and on the field, playing slow pitch softball. His most favorite times were those spent with family and friends. Making memories with his grandchildren was most important to him and he cherished the memories they made together. Steve was very proud of the many years he spent serving the community as a volunteer firefighter with the Dent County Fire Protection District. He was always willing to lend a helping hand and risk his own life to save others if called upon to do so. Steve was a member of Dry Fork Baptist Church. He was a man of great faith and it was his faith that gave him strength throughout his life. Steve is survived by his loving wife: Pam “Buttercup” Cannon of the home; children: Erik and wife Stephanie Cannon of Cameron, NC and Sarah Miller of Salem, MO; step-son: Wade Gott of Salem, MO; brother: Keith Cannon and wife Camille of Artesia, NM; sisters: Diana Cannon of Salem, MO and Debbie Cannon of Carlsbad, NM; father-in-law: Eugene Crouch Sr.; sisters-in-law: Connie Fallesen and husband Mark, Becky Mahurin; and Kelly Lundy and husband Steve; brother-in-law: Eugene Crouch Jr. and wife Tammy; grandchildren: Haley, Austin, Addyson and Easton of Cameron, NC, Joseph, Hannah, Courtney, Emily, and Makynna of Salem, MO, and SheeKota, and Braxten of Birch Tree, MO; as well as a host of aunts, uncles, nieces, nephews, cousins, other relatives and friends. Preceding him in death, parents: James and Carole (Inman) Cannon; brothers: Anthony and Michel Cannon; grandparents: Qunnah and Jewell (Allen) Cannon and Joe and Velma (Shults) Inman; in-laws: Elmer “Red” and Brenda (Murray) Mahurin and Vesta (Williams) Crouch. Steve was a loving and caring husband, father, brother, uncle, and friend. He was tough as nails yet had a heart of gold. He will be forever missed by all who knew and loved him. Funeral Services for James Steven “Steve” Cannon were held Friday, December 11, 2020 in the Wilson Mortuary Salem Chapel with Pastor Mike Gorman and Pastor Jerry Lea officiating. Special Music was provided by Steve Whitaker and Melinda Medlock singing “Old Rugged Cross”, additional song selections played were “God Bless The Broken Road”, “Beulah Land”, and “Go Rest High On That Mountain”. Serving as Pallbearers were Stevie Whitaker, Curt Miller, Danny Medlock, Brian Inman, Joseph Hayes, Shawn Pryor, Austin Cannon, and Erik Cannon. Honorary Pallbearers were Braxten Gott, Billie Ray Inman, and Easton Cannon. Burial with Full Military Honors was in the Dry Fork Cemetery. Arrangements were under the direction of Wilson Mortuary of Salem, Missouri. Memorial Contributions may be made in memory of James “Steve” Cannon to St. Jude’s Children’s Hospital and left at Wilson Mortuary. Online condolences may be entered at wilsonmortuary.com

James Steven Cannon was born on August 5, 1959, in Chico, California to James and Carole (Inman) Cannon and passed away on December 7, 2020 surrounded by his loving family at home in Salem, Missouri at the age of sixty-one years. Steve grew... View Obituary & Service Information

The family of James Steven "Steve" Cannon created this Life Tributes page to make it easy to share your memories.

Send flowers to the Cannon family.