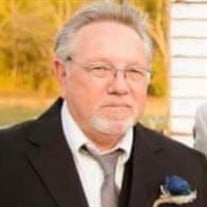 Jerry Lynn Griswell Sr. was born May 27, 1949 in Steele, Missouri to John Alvin and Ocie (Smith) Griswell. He was one of nine children and grew up in South East, Missouri. Jerry graduated from Bell City High School. He entered the United States Army November 6, 1967 and served his country faithfully until his honorable discharge November 5, 1970. During his time in the military, Jerry earned several medals, badges, and awards to include: a purple heart and bronze star. Jerry was 82nd Airborne, served during the Vietnam War, and took a lot of pride in his wings he wore. Jerry was united in marriage to his sweetheart, Rita Ann Pike, January 16, 1980 in St. Louis, Missouri and together shared forty-one years of memories. Jerry and Rita were blessed with five children: Paula, Katherine, Jerry Jr., Jonathan, and Matthew. Jerry was a loving and supportive husband and proud father. He had a strong work ethic and worked hard to provide for his family. Jerry was a mechanic with Yellow Freight Trucking until his retirement in 2006. He took great pride in his work and being Shop Stewart. Jerry was a member of the Teamsters Local 618. Jerry was an avid outdoorsman and loved fishing, hunting, golfing, and camping. He was a sports enthusiast and played baseball in his younger years. Jerry coached little leagues for eight years and enjoyed watching the kids learn the game. He had a deep love and devotion for his family, he valued spending time and making memories with them, especially with his grandchildren and great-grandchildren. Jerry departed this life December 12, 2021 in Dixon, Missouri at the age of seventy-two years. He leaves behind to cherish his memories, his loving wife Rita Griswell of Salem, MO; daughters: Paula Rowland and husband Greg of Winfield, MO and Katherine Thornborrow and husband William of Purdy, MO; sons: Jerry Griswell Jr. and wife Jennifer of Imperial, MO, Jonathon Griswell and wife Amanda of Success, MO, and Matthew Griswell of Salem, MO; brother: Lonnie Griswell and wife Tommy of Missouri City, TX; sister: Sylvia Hagar of Cape Girardeau; brothers-in-law: James Pike of Salem, MO and Frank Bowen of Bell City, MO; sister-in-law: Elizabeth Beckham of Salem, MO; fourteen grandchildren; eleven great-grandchildren; as well as a host of nieces, nephews, cousins, other relatives, and dear friends. Preceding him in death, parents: Alvin and Ocie Griswell; brother: Ray Griswell; sisters: Marie McAlister, Nancy Moody, Wilma Bowen, Joy Griswell, and Marta Griswell; brothers-in-law: Joe Hagar, John Beckham, Jim Henson, Melton Moody, and Stack McAlister. Jerry will be missed beyond measure. He will be forever remembered by all who knew and loved him. Funeral Services for Jerry Lynn Griswell Sr. were held Monday, December 20, 2021 in the Wilson Mortuary Salem Chapel with Pastor Chris Hendrix officiating. Song selections played were "His Eye is on the Sparrow", "In the Garden", "I Want to Stroll Over Heaven With You", and "Go Rest High on that Mountain". Serving as Pallbearers were Ben Abner, Joe Hagar Jr., Adam Zoelner, Alex Cook, Josey Bodenhamer, and Brent Elkins. Military Honors was provided by the Missouri Honors Team and the American Legion Post 99. Burial was in the Cedar Grove Cemetery. Arrangements were under the direction of Wilson Mortuary of Salem, Missouri. Memorial Contributions may be made in memory of Jerry Griswell and left at Wilson Mortuary. Condolences may be left at www.wilsonmortuary.com

Jerry Lynn Griswell Sr. was born May 27, 1949 in Steele, Missouri to John Alvin and Ocie (Smith) Griswell. He was one of nine children and grew up in South East, Missouri. Jerry graduated from Bell City High School. He entered the United States... View Obituary & Service Information

The family of Jerry Lynn Griswell Sr. created this Life Tributes page to make it easy to share your memories.

Send flowers to the Griswell family.