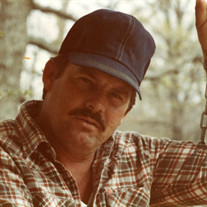 Jerry Elva Stacy was born on January 11, 1940 in Trinidad, Colorado to Elva and Juanita (Smith) Stacy and passed away on October 14, 2020 in Salem, Missouri at the age of eighty years. Jerry traveled with his family as a young child, spending his childhood in Missouri, Mississippi, and Illinois. He entered the United States Army on November 28, 1961 and served his country faithfully until his honorable discharge on October 31, 1967. During his time in the military, Jerry earned many decorations, medals, badges, ribbons, and awards to include: Good Conduct Medal and Marksman (Rifle M-14). Jerry was united in marriage to the love of his life, Barbara Sue Baker, on March 26, 1966 and together shared fifty-four wonderful years. Jerry and Barbara were blessed with two children: Heather and Heath, whom they were very proud of. He was a loving husband and dedicated father. During his working years, Jerry enjoyed working with his hands as a carpenter until his retirement. He built many homes and condos and took great pride in his work. Jerry also worked with his brother as a molder at Current River Hardwoods. He taught his children, grandchildren, nephews and nieces, as well as many of their friends, the value of hard work and encouraged all to reach out in a positive way. Jerry was an avid outdoorsman who enjoyed fishing and hunting for deer, turkey, and squirrels. Most important to him was his family, he cherished the memories made together, especially with his grandson. Jerry was a man of faith and a member of Oak Grove Baptist Church. Jerry is survived by his loving wife: Barbara Stacy of Salem, MO; daughter: Heather Lynn Roberts of Waynesville, MO; son: Heath Matthew Stacy and wife Marilyn of Anutt, MO; siblings: Myrna Faulkner of Salem, MO; Gene Stacy of Salem, MO, Archie Stacy and wife Janet of Salem, MO, and Carolyn Lough and husband Jerry of Salem, MO; grandson: Mark Clark and wife Brittni of Lebanon, MO; as well as many nieces, nephews, other relatives and friends. Preceding him in death, his parents: Elva and Juanita Stacy; son-in-law: Michael Wayne Roberts; sister-in-law: Mary Sharpsten; and nephews: Alan and Gregory Stacy and Brian and Tony Baker. Jerry leaves behind a legacy of love and integrity to all who knew him. He leaves behind wonderful memories as a loving husband, father, brother, uncle, and friend. Jerry will be forever missed. Funeral Services for Jerry Elva Stacy were held Monday, October 19, 2020 in the Wilson Mortuary Salem Chapel with Pastor Chris Hendrix officiating and Heather sharing the eulogy. Song selections played were "Amazing Grace", "Arms of an Angel", and "When I Get Where I'm Going". Serving as Pallbearers were Travis Baker, Mark Clark, Kevin Stacy, Jerry Lough, Shannon Lough, and Shane McPherson. Honorary Pallbearers were Allen Moore and Westley McPherson. Burial with Military Honors was at the Green Forest Cemetery. The Family was served by Wilson Mortuary of Salem, Missouri. Memorial Contributions may be made in memory of Jerry Elva Stacy to Green Forest Cemetery and left at Wilson Mortuary. Online condolences may be entered at wilsonmortuary.com

Jerry Elva Stacy was born on January 11, 1940 in Trinidad, Colorado to Elva and Juanita (Smith) Stacy and passed away on October 14, 2020 in Salem, Missouri at the age of eighty years. Jerry traveled with his family as a young child, spending... View Obituary & Service Information

The family of Jerry Elva Stacy created this Life Tributes page to make it easy to share your memories.

Send flowers to the Stacy family.