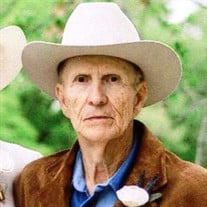 Joey Dwain Inman was born on February 14, 1947, in Salem, Missouri, to Joe “Monk” and Velma (Shults) Inman. He grew up in Salem and graduated with the class of 1965 from Salem High School. Dwain was raised to be a man of faith, having grown up attending Dry Fork Baptist Church. Dwain enlisted into the United States Army on March 15, 1966. While serving faithfully, he achieved the rank of SP4 and received several medals, ribbons, and awards including the National Defense Service Medal and Good Conduct Medal. Dwain was honorably discharged on February 21, 1968. Dwain was united in marriage to Phyllis Gibbs and to this union, blessed with one son, Travis. He later was blessed with a precious granddaughter, Bryli, who he adored. Dwain was a loving and caring father and doting grandfather. He cherished spending time with his family and treasured the memories they made together. Dwain started his working career on the assembly line at General Motors; he worked at the Corvette Plant in St. Louis as a painter and later relocated to Wentzville at the Pontiac Plant. Dwain worked hard to help provide for his family and taught his family the importance of hard work and determination. He retired in 1995 after thirty years of dedication. Dwain lived life to the fullest and enjoyed retirement. He loved giving back to the community and often mowed several cemeteries in his spare time. Dwain liked spending time in the wood’s deer hunting. He sometimes just drove around and went treasure hunting at thrift stores, antique stores, and gun shops. Dwain never met a stranger; he was a people person and valued spending time visiting with others. Dwain frequently enjoyed a good cup of coffee at Spring Creek Café. Dwain departed this life on April 21, 2022, in Rolla, Missouri at age of seventy-five years. He leaves behind to cherish his memory, one son: Travis Inman and wife Kristen of Rolla, MO; one sister: Doris Whitaker of Salem, MO; two brothers: Dennis Inman and wife Kathy of Salem, MO and Brian Inman and wife Nancy of Salem, MO; one sister-in-law: Linda Inman of St. Peters, MO; one granddaughter: Bryli Inman; special friends: Mary Hamilton of Chillicothe, MO and Phyllis and Mark Freeman of Salem, MO; as well as a host of nieces, nephews, cousins, other relatives, and dear friends. Preceding him in death were his parents: Joe and Velma Inman; brothers: Bernie Inman, Bill Inman and wife Cynthia, Kenny Inman and wife Linda, and Carl Ray Inman; sister: Carole Cannon and husband Jim; brother-in-law: Larry Whitaker; and stepson: Randy Williams. Dwain will always be missed and forever remembered for his kind heart, gentle spirit, and the love he had for his family. Funeral Services for Joey Dwain Inman were held Saturday, April 23, 2022, in the Wilson Mortuary Salem Chapel with Pastor Joe Hubbs and Pastor Mike Gorman officiating. Song selections played were "Just A Closer Walk With Thee", "Lead Me Home", and "My Old Man". Serving as Pallbearers were Carl Dean Inman, Chad Inman, Jared Inman, Steve Whitaker, Brian Inman, and Dennis Inman. Honorary Pallbearer was Billie Ray Inman. Burial was in the Dry Fork Cemetery. The Family was served by Wilson Mortuary of Salem, Missouri. Memorial Contributions may be made in memory of Dwain Inman to Dry Fork Cemetery and left at Wilson Mortuary. Online Condolences may be entered at www.wilsonmortuary.com

The family of Joey "Dwain" Inman created this Life Tributes page to make it easy to share your memories.