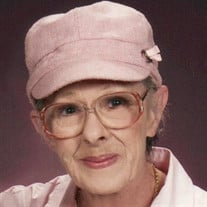 Rita Carol (Meyer) Bilbrey was born May 17, 1935 in St. Paul, Minnesota to Raymond Charles and Katherine Elizabeth (Lynch) Meyer. She passed away surrounded by her loving family on February 25, 2021 at her home in Salem, Missouri at the age of eighty-five years. Rita grew up in Minnesota before moving to Chicago as a teenager, and attended Catholic schools. She began her working career in New York and met the love of her life, George Richard Bilbrey, in Riverside, California. On January 24, 1970, they were unified in holy matrimony and together shared fifty-one years of selfless love and dedication to each other and family. Rita and George were blessed with two sons, Daniel and David. Rita was a faithful military wife for twenty-two years, supporting her husband’s career and raising their two sons. She took great pride in caring for her home and being a devoted wife and loving mother. Rita adored her grandchildren and cherished the memories they made together. In her spare time, she enjoyed crafting and keeping up the home George built for her. Rita was a sweet, humble, soft-spoken true woman of God. She was an inspiration to all who knew her, and was dedicated to the Catholic faith. Rita was passionate about serving the Lord and has been a member of the Sacred Heart Catholic Church since 1986. Rita leaves to cherish her memory: her loving husband George Bilbrey of the home; her sons Daniel and his wife Danielle, David and his wife Mikiko; her grandchildren Josiah, Rebekah, Kei and Aya; as well as a host of nieces, nephews, other relatives and friends. Preceding her in death are her parents Raymond and Katherine Meyer, her brother Raymond Meyer, and her sisters Suellen Johnson and Cathleen Meyer. Rita leaves behind a legacy of love, faith, and family. The memories created by her legacy will be remembered and treasured forever. Funeral Mass for Rita Carol (Meyer) Bilbrey was held Tuesday, March 2, 2021 at the Sacred Heart Catholic Church of Salem, Missouri with Father Antoney Jose Thundathil, CMI officiating. Serving as Pallbearers were Daniel Bilbrey, Josiah Bilbrey, David Bilbrey, Jamie Bilbrey, Robert Heard, and Dennis Crocker. Honorary Pallbearers were Rebekah Bilbrey, Kei Bilbrey, and Aya Bilbrey. Burial was in the Cedar Grove Cemetery. Arrangements were under the direction of Wilson Mortuary of Salem, Missouri.

Rita Carol (Meyer) Bilbrey was born May 17, 1935 in St. Paul, Minnesota to Raymond Charles and Katherine Elizabeth (Lynch) Meyer. She passed away surrounded by her loving family on February 25, 2021 at her home in Salem, Missouri at the age... View Obituary & Service Information

The family of Rita Carol (Meyer) Bilbrey created this Life Tributes page to make it easy to share your memories.

Send flowers to the Bilbrey family.