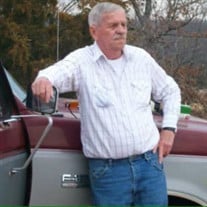 Roger Edward Beeman was born on July 26, 1936, in Marshall Town, Iowa to Glen Edward and Blanch Merlee (Anderson) Beeman. Roger grew up and attended school in Indianola, Iowa. He met the love of his life, Shirley Jean Wilkinson while delivering coke products to her place of work. Five months later, on January 17, 1967, Roger and Jean were united in marriage and together shared fifty-three years of memories. Roger was blessed with three sons: James, Mark, and Mike. He was a devoted husband to Jean and loving father to his children. During his working career, Roger worked hard to provide for his family and showed his sons the value of hard work. For thirty-two years, Roger was a hoist man in the mines, working some of those years at Doe Run. Roger was proud to be a Deputy Sheriff for Iron County serving the Viburnum Community for several years. Roger has enjoyed retirement since 2001; some of his hobbies were fishing, reloading, and watching the St. Louis Cardinals. His favorite pastimes include drinking coffee at the Round Table and enjoying biscuits and gravy at the Bixby Store. Roger and Jean loved to travel, spending time outdoors, and making memories together. Roger was a great man of faith and a member of Shoal Creek Missionary Baptist Church. Most important to him was his family, he treasured the moments spent together and cherished his grandchildren and great-grandchildren. Roger passed away on October 23, 2020, in Steelville, Missouri at the age of eighty-four years. He leaves behind to cherish his memories loving wife Shirley "Jean" Beeman of the home; three sons: Mark Beeman and wife Sharon of Viburnum, MO, Mike Beeman and wife Cristal of Desloge, MO, and James "Jim" Beeman; seven grandchildren: Travis, Taylor, Donielle, Nick, Darian, Christian and wife Rachell, and Keisha; two great-grandchildren: Mia and Kyrah; one sister: Helen Roush of Des Moines, IA; one sister-in-law: Wanda Hedrick of Shoal Creek, MO; as well as many nieces, nephews, cousins, other relatives, and friends. Preceding him in death, his parents: Glen and Blanche Beeman; father and mother-in-law: Labe and Gladine Wilkinson; brothers-in-law: Philip Rosch and Charles “Buf” Hedrick; sister-in-law: Annetta Gillam and husband Charles. Roger was one of a kind and never met a stranger. He leaves behind a legacy of love and devotion for his family and friends. Roger will be deeply missed but fondly remembered by all who knew and loved him. Funeral Services for Roger Edward Beeman were held Monday, October 26, 2020 in the Wilson Mortuary Viburnum Chapel with Pastor David Hedrick and Pastor Dustin Callahan officiating. Nick Hedrick shared a tribute. Song selections played were “When I Get Where I’m Going”, “I Believe”, and “My Old Man”. Serving as Pallbearers were Nick Hedrick, Bobby Leasor, Ron Leasor, Dennis Callahan, Brad Callahan, and Reese Callahan. Honorary Pallbearers were Travis, Taylor, Donielle, Nick, Darian, Christian, and Keisha. Burial was in the Shoal Creek Cemetery. The Family was served by Wilson Mortuary of Viburnum, Missouri. Memorial Contributions may be in memory of Roger Edward Beeman to the Shoal Creek Cemetery Fund and left at Wilson Mortuary. Online condolences may be entered at wilsonmortuary.com

The family of Roger Edward Beeman created this Life Tributes page to make it easy to share your memories.

Send flowers to the Beeman family.