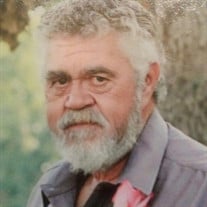 Ronald “Ronnie” Morgan Dwight Ball was born on July 10, 1941, in Howes Mill, Missouri to Thomas Dwight and Bonnie Jean (Newman) Ball and passed away on September 25, 2020, at Cox Health in Springfield, Missouri at age of seventy-nine years. Ronnie grew up in Howes Mill and graduated with the Class of 1959 from Salem High School. In his early years, Ronnie was blessed with one daughter, Rhonda. He was united in marriage to Lela and they were blessed to have one daughter, Lisa and shared a son, Joe. Ronnie was one of a kind with a free spirit. His family was important to him. He was a proud grandfather and treasured the memories made with his grandchildren and great-grandchildren. Ronnie was employed with Cassens Transport Company hauling vehicles for thirty-eight years. His job allowed him to travel the open road and meet new people. Ronnie liked to spend his spare time outdoors. He enjoyed turkey, deer, and coon hunting as well as fishing on the river. Ronnie liked to farm and spent many hours in the fields. He was an avid fur buyer and trapper. Ronnie is survived by his daughters: Rhonda Thompson and husband Mike of Salem, MO and Lisa Lewis and husband Steve of Salem, MO; stepson: Joe Chitwood and wife Gail of Seymour, MO; brother: Doug Ball and Lorraine of St. Louis, MO; grandchildren: Tyler McConnell and wife Chastity, Adam McConnell, Morgan Lewis and wife Vanessa, Bayley Lewis, and Ronnie Joe Chitwood; great-grandchildren: Molly, Sophy, James, and Rayleigh; as well as many nieces, nephews, cousins, other relatives, and friends. Preceding him in death were, his wife: Lela; and parents: Thomas and Bonnie Ball. Ronnie will be deeply missed but fondly remembered by all who knew and loved him. Funeral Services for Ronald “Ronnie” Ball were held Tuesday, September 29, 2020 in the Wilson Mortuary Salem Chapel with Bro. Billy Miller officiating. Song selections played were “My Old Man”, “I Wish Grandpa’s Never Die”, “Granddaddy’s Gun”, and “Smoking Section” Serving as Pallbearers were Tyler McConnell, Morgan Lewis, James Lewis, Dustin Miller, Steve Lewis, and Mike Thompson. Honorary Pallbearer was Adam McConnell. Burial was in the Cedar Grove Cemetery. The Family was served by Wilson Mortuary of Salem, Missouri. Memorial Contributions may be made in memory of Ronnie Ball to St. Jude Children’s Hospital and left at Wilson Mortuary Online condolences maybe made at www.wilsonmortuary.com

Ronald &#8220;Ronnie&#8221; Morgan Dwight Ball was born on July 10, 1941, in Howes Mill, Missouri to Thomas Dwight and Bonnie Jean (Newman) Ball and passed away on September 25, 2020, at Cox Health in Springfield, Missouri at age of seventy-nine... View Obituary & Service Information

The family of Ronald "Ronnie" Ball created this Life Tributes page to make it easy to share your memories.

Send flowers to the Ball family.