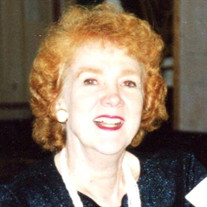 Ruth Crismon Ross was born in Texas County Missouri, near Nebo, MO, to Lavada Francis Crismon and Togo Mitchell Crismon on 17 April, 1938. She went to be with the Lord on 5 June, 2019. She accepted Christ as her Lord and Savior at age 9 and lived a dedicated Christian life from then until her death at age 81. Ruth worked at Kraft Foods for a few years after graduating from Springfield High School. She appeared for several years as the leading lady, Sammy Lane, in the Branson play "The Shepherd of the Hills". Ruth married Clifford Ross in 1969. They eventually ran a cattle ranch and lived in the house where Ruth and her siblings were born. Ruth said she was born twice in the same room; Once by physical birth and the second when she was "born again" as a Christian. After Cliff's death, Ruth ran her properties alone for nearly 20 years as a cattle rancher along the Roubidoux Creek and said it was the only place that ever seemed like home. She was preceded in death by her husband, "Cliff," her parents, and one baby brother "Benjaman James", named for both his grandfathers. Ruth was considered by some as a "Walking Bible Concordance" because she knew the Bible so well and had started committing so much of it to memory for most of her lifetime. Ruth was the pianist for many events, including playing for the group "All Gods Children". She also was the pianist for many years for New Life Ministries at Evening Shade, South of Ft. Leonard Wood until early this year. She gave away many Bibles and led many to the Lord in her lifetime. She said the Bible was her most precious possession. Ruth is survived by her brother David and wife Sharon Crismon, her sister MaryEtta "Perky" Coomes, nephews Toby Colt Hendrix and Lynn Crismon, nieces Cynthia Philipp and Toni Moberly and their spouses. She has special friends, her church family, neighbors, relatives, and others. Funeral Service for Ruth Genevieve (Crismon) Ross was held Saturday, June 8, 2019 in the New Life Ministries of Evening Shade, Missouri with Pastor Judith Routh officiating. Serving as Pallbearers were Toby Colt Hendrix, Austin Hendrix, Kirk Steinbach, Kenneth Mullins, Lynn Crismon, Mike Friend, Bobby Weber and John Mansker. Burial was in the Cedar Bluff Cemetery in Nebo, Missouri. All arrangements were under the care of Wilson Mortuary of Salem, Missouri.

Ruth Crismon Ross was born in Texas County Missouri, near Nebo, MO, to Lavada Francis Crismon and Togo Mitchell Crismon on 17 April, 1938. She went to be with the Lord on 5 June, 2019. She accepted Christ as her Lord and Savior at age 9 and... View Obituary & Service Information

The family of Ruth Genevieve (Crismon) Ross created this Life Tributes page to make it easy to share your memories.