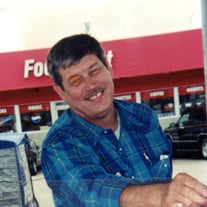 Samuel Elmer Brooks Jr. was born July 16, 1945 in Lepanto, Arkansas to Samuel Elmer Sr. and Gladys Mae (Reeves) Brooks. He grew up and attended school in Lapento. Samuel entered the United States Army on August 27, 1962 and served his country faithfully until his honorable discharge. Samuel was united in marriage to his sweetheart, Donna Jean Mckernon, on July 16, 1993 in St. Louis, Missouri and together shared twenty-eight wonderful years of marriage. He was blessed with five children: Frank, Debbie, Michael, Ricky, and Samantha. Samuel was a devoted husband and loving father to his children. Samuel entered the Police Academy in 1967 and upon completion started his career with the St. Louis Metropolitan Police Department. During his career, Samuel received several awards for police work beyond the call of duty. Samuel retired in 1993 after twenty-six years of dedicated service to the community. After retirement, Samuel was owner/operator of a Security Corporation in St. Louis for many years. He was known to the Baden Community as “Sheriff of Baden”. Samuel later started doing some construction and remodeling work, he was a jack of all trades. In his spare time, Samuel enjoyed a good game of poker with his fellow officers. He was an avid outdoorsman and often found fishing or horseback riding. Samuel was a lover of nature and liked watching the deer in his yard. Most of all, Samuel treasured the time spent with his family, especially his grandchildren and great-grandchildren, they were his pride and joy. Samuel departed this life October 3, 2021 in Rolla, Missouri at the age of seventy-six years. He leaves behind to cherish his memories, loving wife Donna Brooks of the home; children: Samantha Brooks-Haye and Richard Haye of Illinois, Frank Brooks of St. Louis, MO, Debbie Brooks-Rauch of Washington, and Michael Brooks; special nephews: George Mckernon and Keenan Marshall; brother: David Brooks of Washington; sister: Jackie Herpolsheimer of South Carolina; half-sisters: Louise Brooks and Debbie Ulmer; grandchildren: Alanna, Alyssa, Alexis, Addison, and Aiden; as well as a host of grandchildren, great-grandchildren, nieces, nephews, cousins, other relatives and dear friends. Preceding him in death, son: Ricky Brooks; parents: Samuel Sr. and Gladys Brooks; stepparents: Jack and Laura Holmes; brother: Douglas Brooks; brother-in-law: Herp Herpolsheimer; and great-nephew: Nathan Reid. Samuel leaves behind a great legacy. He will be forever missed by all who knew and loved him. Funeral Services for Samuel Elmer Brooks Jr. were held Tuesday, October 12, 2021 in the Wilson Mortuary Salem Chapel with Pastor Chris Hendrix officiating and daughter Samantha Brooks-Haye sharing the eulogy. Song selections played were “The Gambler”, “Just Like Them Horses”, and “Please Remember”. Serving as Pallbearers were Keenan Marshall, George Mckernon, Richard Haye, Danny Mckernon, James Northcutt, and David Brooks. Military Honors was provided by the Missouri Honors Team and American Legion Post 99. Burial was in the Cedar Grove Cemetery. Arrangements were under the direction of Wilson Mortuary of Salem, Missouri. Memorial Contributions may be made in memory of Samuel Brooks Jr. to BackStoppers Inc. and left at Wilson Mortuary. Online Condolences may be entered at www.wilsonmortuary.com

The family of Samuel Elmer Brooks Jr. created this Life Tributes page to make it easy to share your memories.

Send flowers to the Brooks family.