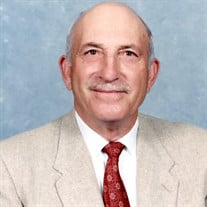 Stephen Di Pierdomenico was born on October 21, 1925 to Philip and Julia Di Pierdomenico in Abbateggio, Italy. His father was already an American, having earned citizenship by fighting in WW1, earning a Purple Heart. The family moved to America to escape rising fascism in Italy, settling in Brooklyn, NY. The attack on Pearl Harbor found him at the Brooklyn High School of Automotive Trades. Immediately, he and others dropped out of school and attempted to join the Armed Services. Having only just turned 16, his father resisted him joining up. But finally, he got in the US Navy and completed the best diesel schools the Navy had. He was talked into joining the Amphibious Forces and was assigned as Chief Petty Officer of an LCT (Landing Craft Tank). Upon the invasion of the Philippines, he was assigned to a unit dedicated to "behind the lines" destruction of Japanese radio bases. They also participated in helping the Philippine Guerrilla Units on the Island of Mindanao. After the war was over, Steve remained in the Philippines and worked with the Ambassador to the Philippines, Paul V. McNutt. He also worked off and on for the OSS/CIG (forerunners of the CIA) for the next ten years. He learned to fly and flew with Pacific Airways. During this time, he also flew for Proctor and Gamble around the Philippines. Some of his piloting duties included transporting the president of P & G, Jack Lawrence, and the CEO of P & G, Neil McElroy, who later became Secretary of Defense under President Dwight Eisenhower. Despite being offered many opportunities both in the Philippines and with P & G in the states, he was determined to pursue his dream of building and operating his own sawmill in the mountains of Oregon and Northern California. He took part in the authorized clear cutting of forests as part of the project that created Trinity Lake in the Trinity Alps of Northern California. Due to a downturn in the logging industry, he returned to what he had been trained to do. Steve was hired by TransAmerica Corporation to work in their diesel division installing power plants. This took him all over the world. He was given Q security clearance which enabled him to install a 100 KW generator in Area 51 during the Cold War. The Q clearance allowed him access to nuclear generators. His other main Q clearance job was to sit at the controls of the emergency power plant he installed at Cape Kennedy for the first Moon shot in 1969. It was at this time he realized he was doing too much traveling. His friends at DeKalb Research talked him into moving to Joplin, MO to build a feed mill and conduct research on uses for chicken waste. People from all over the world came to see the manure-drying operation and even shipped truckloads of it to Gates Specialty Chemical Corp. in Denver, CO. Steve became involved in the poultry industry, specifically egg production. He found great enjoyment with his cattle and bush hogging. He enjoyed hunting and fishing, doing both into his nineties. He loved visiting with friends and family and told the best stories. He was also very involved with both local and national Amphibious Veterans groups, traveling all over the country and meeting many special new friends. He was passionate about helping people, especially kids. He started a foundation named after his mother in order to assist churches, veteran's organizations, and other worthy causes. Steve and Sally donated a mammography machine to Salem Hospital in honor of Sally's win over breast cancer. He wanted to make sure all the women in this area had access to early detection. Stephen married Sally Kober in Billings, MT on October 1, 1960. They had one daughter, Julia. Stephen is survived by his loving wife, Sally Di Pierdomenico of the home; daughter Julia Moser and husband Hershel of Salem, MO; one sister, Olga Di Pierdomenico of Palm Bay, FL; as well as several nieces and nephews, beloved godsons, and extended family and friends. He was preceded in death by his parents, beloved stepmother Maria, older sister Carmela Valot, and younger brother, Julio Di Pierdomenico. Graveside Services with Military Honors for Stephen Di Pierdomenico were held Tuesday, September 8, 2020 at the New Hope Cemetery Salem, Missouri with Pastor Chris Hendrix officiating. Serving as Pallbearers were Hershel Moser, Dee Moser, Will Mahurin, Zachary Moser, Phillip Moser, and Jack Blackwell. Military Honors were provided by the United States Navy and American Legion Post 99. Arrangements were under the direction of Wilson Mortuary of Salem, Missouri. In lieu of flowers, Memorial Contributions may be made in memory of Stephen Di Pierdomenico to the New Hope Cemetery and may be left at Wilson Mortuary. Online condolences maybe made at www.wilsonmortuary.com

Stephen Di Pierdomenico was born on October 21, 1925 to Philip and Julia Di Pierdomenico in Abbateggio, Italy. His father was already an American, having earned citizenship by fighting in WW1, earning a Purple Heart. The family moved to America... View Obituary & Service Information

The family of Stephen Di Pierdomenico created this Life Tributes page to make it easy to share your memories.