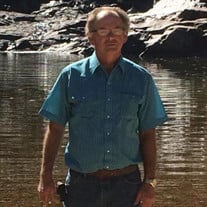 Timothy “Tim” Ray Miner was born on November 18, 1959 to Herman Leroy and Ada June (Doolin) Miner and passed away on July 15, 2021 in Salem, Missouri at the age of sixty-one years. Tim grew up and attended school in Ellington, Missouri until his senior year. He graduated from high school in Kentucky. Tim was united in marriage to Diane Kay Tinker on January 17, 2017 and together blessed to share six children: Shawn, Kellsey, Heather, Amanda, Jason, and Joe. Tim worked hard to provide for his family, he worked in the maintenance department at PMI Performance Coatings for many years. Tim was a natural born tinkerer and enjoyed fixing things; he could fix anything. Tim was passionate about music and had a talented voice. He was a member of the band “Next of Kin”. In his younger years, he played guitar with his brothers at church and more recently at local bars with his nephews. In his spare time, Tim liked to go fishing with his son. He was an avid outdoorsman and chicken lover. Tim’s family was most important to him. He loved spending time with his children and cherished his grandchildren. Tim is survived by his loving wife Diane Miner of the home; children: Shawn Miner and wife Andrea of Tipton, MO and Kellsey Miner and fiancé Michael Horn of Oklahoma; stepchildren: Heather Williams and husband Will of Texas, Amanda Epperson and husband Skyler of Oklahoma; Jason Eaton and wife Angie of Viburnum, MO, and Joe Eaton and Sarah Hedrick of Viburnum, MO; siblings: Harry Miner and wife Wanda of Oklahoma, Kenny Miner of Oklahoma, Gay Chaddock of Oklahoma, Carrie Hall and husband Al of Salem, MO, Carmen White of Salem, MO, and Mark Miner and wife Judy of Laquey, MO; twelve grandchildren; as well as a host of nieces, nephews, cousins, other relatives and friends. Preceding him in death, his parents: Herman and Ada Miner; and brother-in-law: Ronnie White. Tim leaves behind a legacy of love and devotion, he will be greatly missed by all who knew and loved him. Funeral Services for Timothy “Tim” Ray Miner were held Tuesday, July 20, 2021 in the Wilson Mortuary Viburnum Chapel with Kenny Miner officiating. Song selections played were “Go Rest High On That Mountain”, “Look To Him”, “Dancing In The Sky”, and “I’ll Be Gone”. Special video from band “Next To Kin” was played. Arrangements were under the direction of Wilson Mortuary of Viburnum, Missouri. Memorial Contributions may be made in memory of Tim Miner and left at Wilson Mortuary. Online Condolences may be entered at www.wilsonmortuary.com

The family of Timothy "Tim" Ray Miner created this Life Tributes page to make it easy to share your memories.

Send flowers to the Miner family.